Muscles are in constant communication with the nervous system. Even at rest, skeletal muscles display a small degree of muscular contraction. This small amount of tautness in the muscle is called muscle tone and is brought about by the central nervous system. Muscle tone keeps muscles firm and helps with muscles maintaining posture against gravity. Muscle tone is also very important in smooth muscle tissue, like that found in the arteries and veins and plays a very important part in regulating blood pressure in the body.

Stretching muscles is also as much about the nervous system as it is about the muscles. The actual length of the muscle doesn’t change that much when stretched (if it did, yogis would be very very tall !) however the central nervous system response in relation to that muscle can change considerably. Before we look at that in relation to yoga practices, lets take a look at the science of stretching: the stretch reflex.

THE STRETCH REFLEX
The stretch reflex causes a reflex contraction of a skeletal muscle (known as the effector) in response to the same muscle stretching. An example of when this might happen is if a person standing upright begins to lean to one side. The postural muscles that are closely connected to the vertebral column on the side will stretch. Because of this, stretch receptors in those muscles contract to correct posture. Similarly, if a yoga student is over-jealously trying to touch their toes in a forward bend like Paschimootanasana, and moves too fast too soon, the muscle spindles which are proprioceptors that monitor the speed at which the muscles (in this case hamstrings) are lengthening, will fire causing the same muscles to contract. 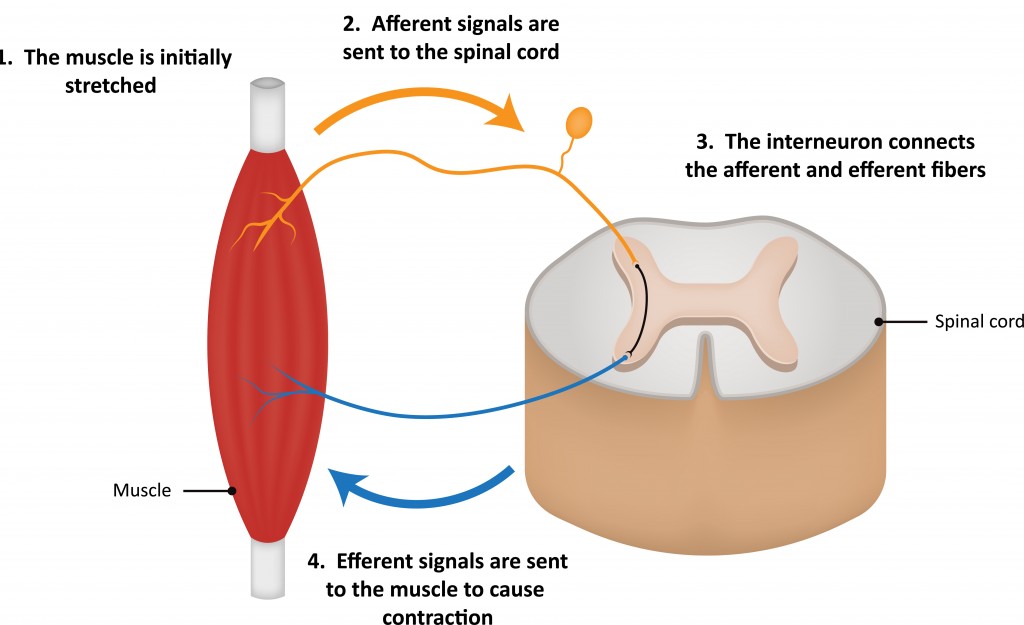 If the excitation is strong enough then one or more nerve impulses arise into the motor (efferent) neuron and propagate to stimulate muscle. The ends of the motor (efferent) neuron fibre form the neuromuscular junction (NMJ) along with the skeletal muscle fibres of the stretched muscle. A chemical (known as acetylcholine) is released by nerve impulses at the neuromuscular junctions (NMJs) triggering one or more muscle action potential in the stretched muscle (effector). The result is that the muscle contracts. Thus muscle stretch is followed by muscle contraction, which relieves the stretching, and possibly prevents injury. 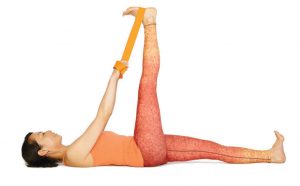 PASSIVE STRETCHING
Static stretching is used to stretch muscles while the body is at rest. It is composed of various techniques that gradually lengthen a muscle to an elongated position (to the point of mild discomfort) and hold that position for 30 seconds to 4 minutes. For example in Supta Padangustasana (as shown in the image to the right),  if a student takes their leg into a belt and just lets the leg hand out with gravity, this is passive stretching.

ACTIVE STRETCHING
This is when the agonist muscle is contracted to inhibit, release or stretch the antagonist muscle. For example, in Supta Padangustasana (or any hamstring stretch), if you wish to release the hamstrings deeper, you should contract the opposite muscle groups, the quadriceps. As the quadricepsare shortening, they are cal
d theAgonists or primary movers; the hamstrings become inhibited and release; these are therefore called the Antagonists in this situation.

PROPRIOCEPTIVE NEUROMUSCULAR FACILITATION (P.N.F) STRETCHING
This involves a static stretch followed by a strong isometric contraction of the muscle against an immovable force to create resistance.
For example, in the same pose, Supta Padangustasana (Reclined hand to foot pose) , if the students was working with a teacher. They could press their heel in the teachers hand, directing the leg away form the body to engage the hamstrings, the same muscle group that the student wants to open. The teacher pushes their hand back into the foot, creating resistance. They hold for a count of 10 seconds. Inhale and on the exhale, the teacher directs the leg closer to the truck, opening the hamstrings deeper. In this form of stretching, when the agonist is contracted for 10 seconds or more, the Golgi Tendons become active, overriding the muscle spindle response (which is to shorten or close the muscle) and the muscle relaxes and opens.

SO WHY STRETCH ?
In todays world where many people are overstressed, overworked and where the nervous systems is on hyper-alert due to trauma and anxiety, relaxation is an art. A healthy nervous system will be able to transition from sympathetic to parasympathetic with ease. Problems occur when the nervous system patterning gets stuck in a groove. I like to think of this like going up and down the gears in a car. The type A personality type, who is used to operating in 4th or 5th gear all day long (propped up with lots of caffeine and sugar) will likely find it difficult to slow down into 1st gear with ease. This is the type of person that thrives under pressure and then collapses when they are forced to relax. Its either 5th or 1st with them, but nothing inbetween. Similarly if someone is collapsed in 1st gear, either through exhaustion or the trauma freeze response, they will find it difficult to endure the intensity of 5th gear. A healthy nervous system cruises along in 3rd and is easily able to move up and down the gears and adapt to life’s curveballs without the nervous system going into crash or overwhelm. Yoga helps us balance the Ha and the Tha of the nervous system so that we can learn how to open into and enjoy the space between these two extremes. A good level 2 Hatha or Vinyasa class will allow us to feel relaxed and alert (but not hyper-alert) at the same time. It helps us re-set.

The shift of nervous system patterning is not just achieved by relaxing the muscles of the body. There are ‘sensors’ in the body called mechanoreceptors of different types of sensitivity within the fascial matrix. They are situated in the tissues, particularly in the joints along the bony periosteum and between the layers of fascia. These mechanoreceptors are found not only in the hip, knee and shoulder joints but also in the joints of the spine. They sense, communicate and respond to changes in movement, tension and temperature. They also inhibit the stress response in the body and we activate them by releasing the connective tissue in the joints, through gentle stretches. Ruffini mechanoreceptors are specially responsive to tangential forces and lateral stretch (Kruger 1987) and the stimulation of Ruffini corpuscles is assumed to result in a lowering of sympathetic nervous system activity (Van den Berg & Capri 1999). This seems to fit with the common clinical finding, that slow long stretches in the joints tend to have a relaxing effect on local tissues as well as on the whole organism.
Breathing can also play an important part in activating the parasympathetic rest and digest response in the body. When we breathe from the diaphragm and hold the end of inhale for just a second or two and follow our exhales to the end, this stimulates the vagus nerve. This nerve is the longest nerve in the body and interfaces with parasympathetic control of the heart, lungs, and digestive tract. Passive stretching for long periods (3-4 mins per pose) in twists, forward bends and gentle backbends in addition to the use of myo-fascial release therapy balls combined with controlled breath-work can therefore make significant changes to the nervous system response in the body, whether the over active sympathetic nervous system be from chronic stress or deep held trauma in the body.

Active stretching has a very different response on the nervous system. It is used primarily in a Vinyasa or strong Hatha class in conjunction with passive stretching. With active stretching, muscle tension can increase when the muscle is actively contracted in a shortening action (concentrically) or through a lengthening action (eccentrically). In addition, active stretching activates the Reciprocal Inhibition response in the nervous system which inhibits the antagonist when the agonist or primary mover is activated. Therefore this style of yoga will both increase and release tension in the muscles and nervous system depending on the manner of the pose and a good class will combine poses to create balance between sympathetic and parasympathetic activity.
Similarly the physical expression of the poses also plays a role in how the nervous system is effected. Forward bends are cooling to the nervous system activating the parasympathetic; whereas backbends, most inversions and twists are more heating and activate the sympathetic.
A good teacher will not only be able to create interesting sequencing and throw in a few challenging poses to keep us on our toes and interested, but also be able to sequence poses in a way that creates a deep integration to the nervous system, where people can feel whole and at ease in their bodies once again.

This writing is taken from my new Anatomy Manual that accompanies the Anatomy CPD trainings. 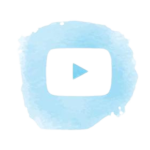 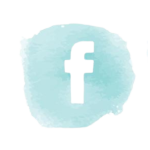